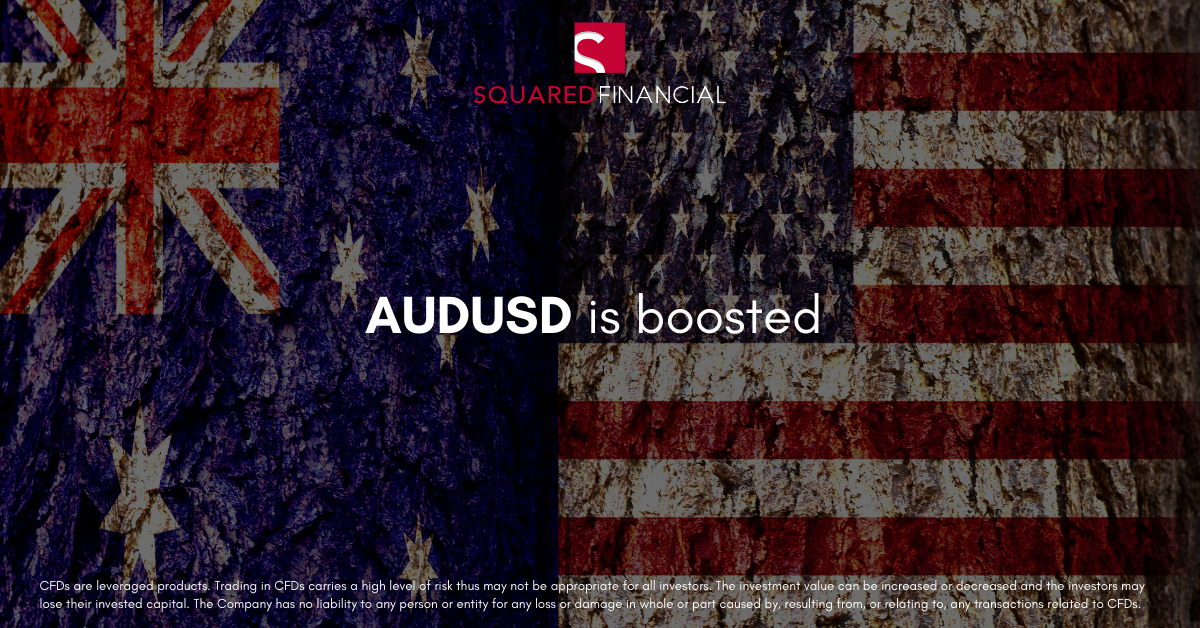 AUDUSD
Current trend
Positive macro statistics published today boosted the Aussie which has corrected upward, recovering from a strong decline at the end of last week. US markets are closed today for Independence Day. Tomorrow, investors will be focusing on the decision of the Reserve Bank of Australia on the interest rate where it is estimated to increase by 50bps which can provide support to the Aussie.

Technical analysis
The Aussie has been trading lower falling to 0.6768. The pair then recovered above level 0.6800. Bollinger bands demonstrated active increase. The price range is expanding from above, however failed to catch the surge of the bullish sentiment. Moving average are crossed over. MACD is going upward keeping a further bullish signal. Stochastic is reversing from the overbought area trying to correct downward in the short term. Bulls must break 0.6883 and extend to 0.6893 to confirm the bullish pattern and open the door toward 0.6919, June high. A move over here could create a higher high and encourage buyers towards 0.6962. Bears have to break 0.6850 to open the door toward 0.6826. A move from here could create a lower low below 0.6768. 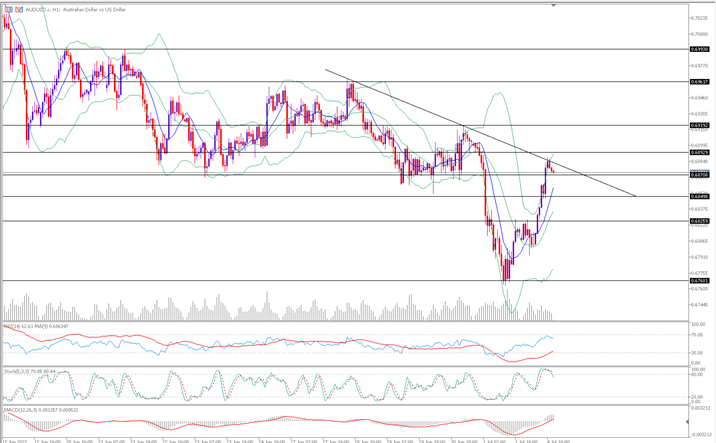