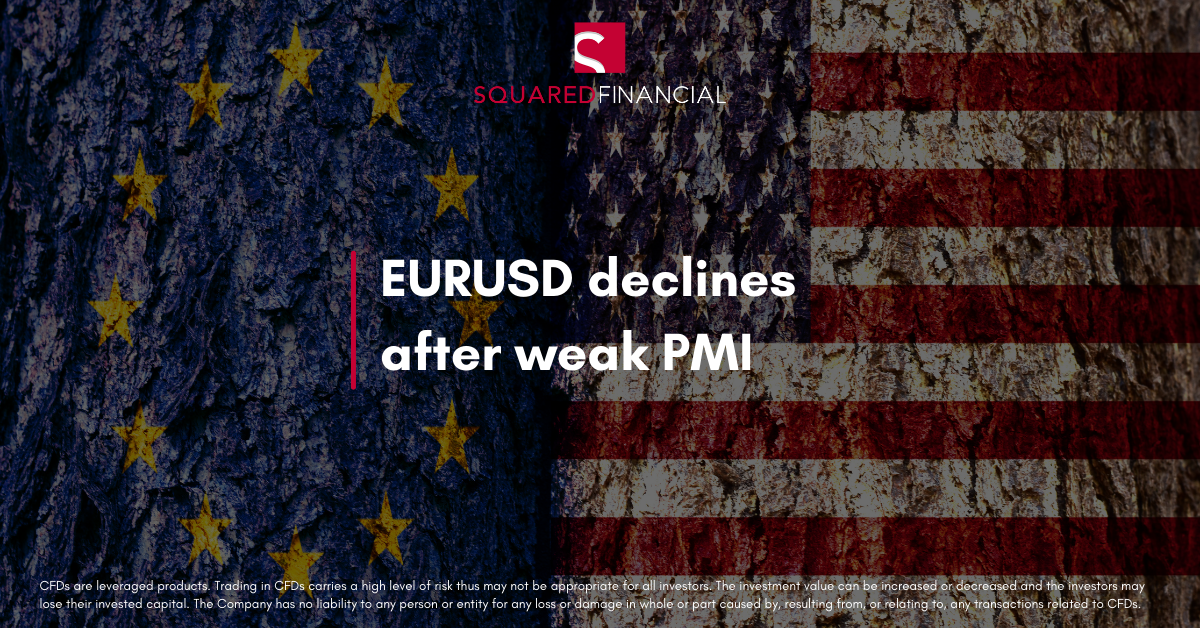 EURUSD
Current trend
The EURUSD declined after the release of a weak PMI data. The negative dynamics confirm the slowdown in the Eurozone economy which is caused by a decrease in consumer demand. Households have switched to savings due to a serious increase in inflation. Further spending cuts will only increase the risk of recession in the European economy. The Dollar looks more attractive for investment. Powell addressed the need of monetary tightening since inflation rate remains too high, and admitted the possibility of recession. In the US, Jobless claims were at 229k, while US PMI data is expected to show a slight increase in the composite PMI to 53.7 up from 53.6. Federal Reserve Chair Powell will once again be testifying before congress. Whilst his comments will be watched closely, he is unlikely to add much to yesterday’s or last week’s comments.

Technical analysis
Technical indicators don’t give a single signal. The Bollinger Bands and stochastic are reversing downwards, but RSI and MACD are stable. The EUR is trading in a narrow upward channel. A bearish engulfing was formed indicating a reversal of the sell signal. The pair tested level 1.0482 and is rebounding at level 1.0513. Failure to break 1.0482 will open the door for more buyers to run into 1.0605. Sellers will look for a move below 1.0462. 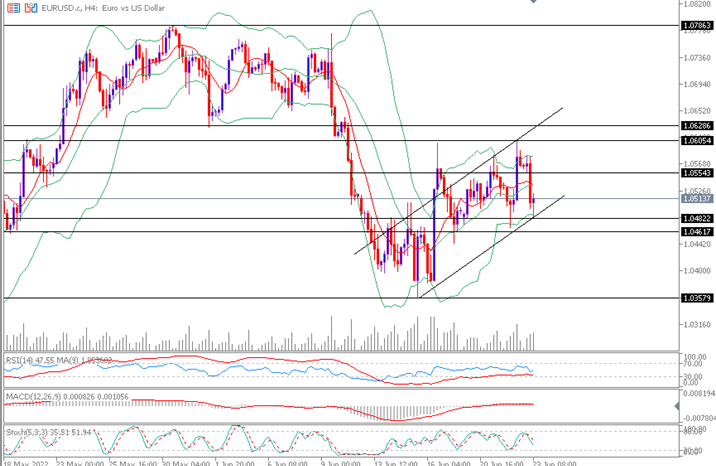