Inflation and Brexit pressure the pound 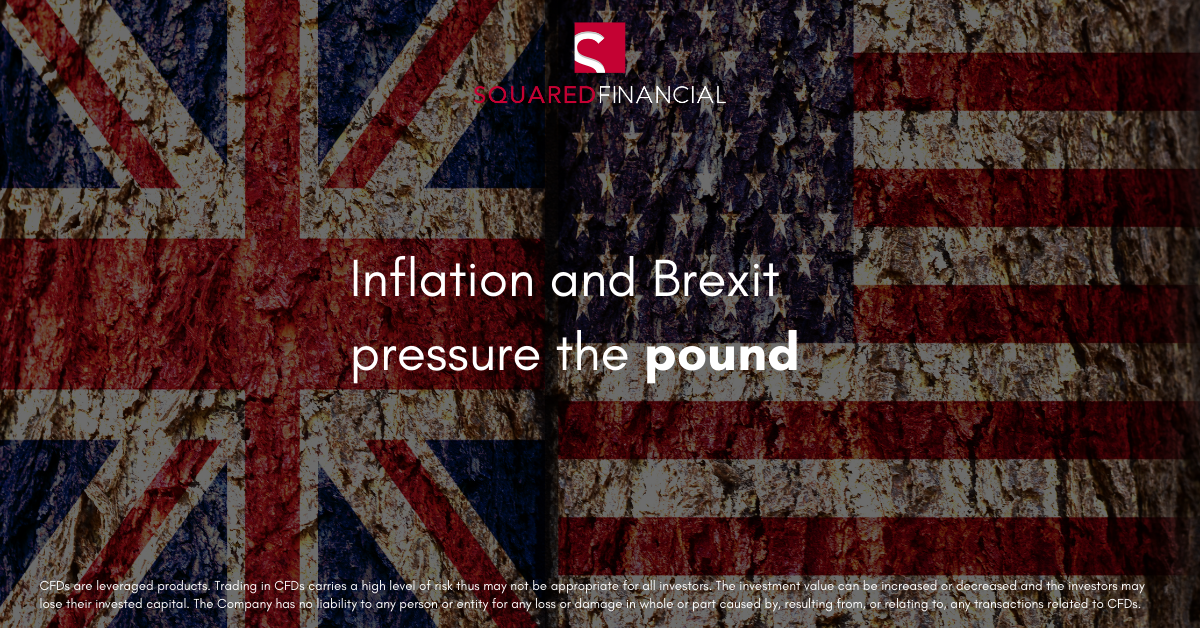 GBPUSD
Current trend
The pound is under pressure and corrected downward due to political difficulties, rapid inflation and recession risk, not to mention Brexit worries. Inflationary pressure in the British economy continues to soar forcing the Bank of England to further hike rates. Both Bailey and Powell will speak today at the ECB Forum. A hawkish stance longer than BOE will allow the dollar to outperform the pound putting more pressure on it.

Technical analysis
The pair is trying to consolidate below level 1.22 and continues its decline to test 1.2160. Breaking this level will confirm the downward momentum toward 1.2116 (23.6 retracement) which, if broken, will extend the decline toward 1.2045. The continuation of the current trend is confirmed by the Bollinger bands which is directed downwards, and the MACD which is stable in the negative zone. The RSI is below 40 confirming the bearish pressure. Breaking the 38.2 retracement level at 1.2215 could open the door for extended rebound at 1.2290 (50% retracement). 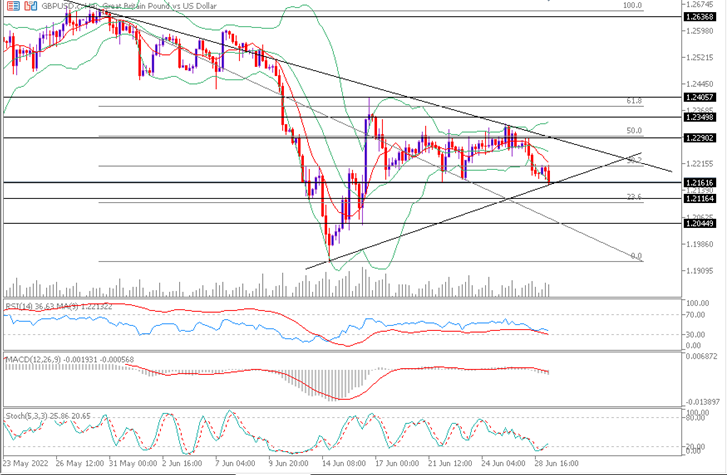