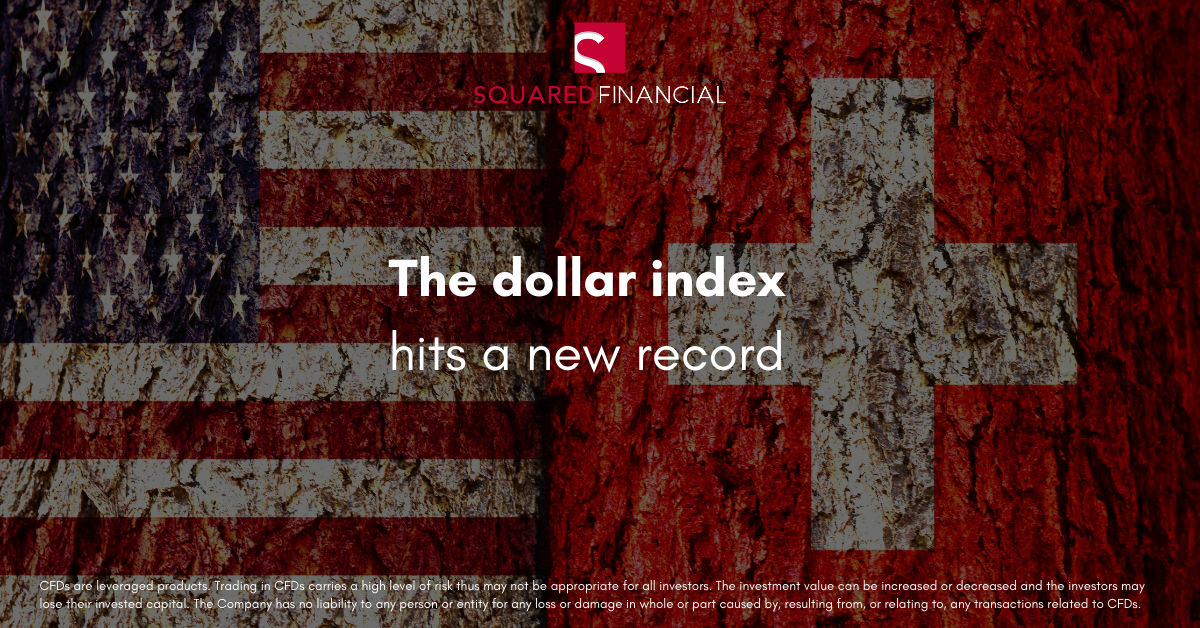 USDCHF
Current trend
The safe haven is holding the June high in the middle of continued demand on the US dollar ahead the US Fed’s rate hike. The US dollar index (DXY) hit a new record and continued to rise further, strongly boosting the pair. Swiss financial regulators have repeatedly stated that the bank’s policy is to get inflation to target at 2%, so the Swiss national bank will again raise interest rate in the next meeting, which will give the Swiss franc a boost.

Technical analysis
The pair is trading in an upward channel above the upper Bollinger and formed a bullish engulfing candle signaling the continuation of an upward trend. RSI is directed upward giving hopes for more upside. MACD is in the positive zone with an increased histogram. The pair is holding at the key resistance level 0.9655. Breaking it will continue to the next resistance at 0.9690 and open the door to 0.9730. Sellers must break 0.9587 to confirm the bearish trend toward 0.9542 and continue the move further toward 0.9494. 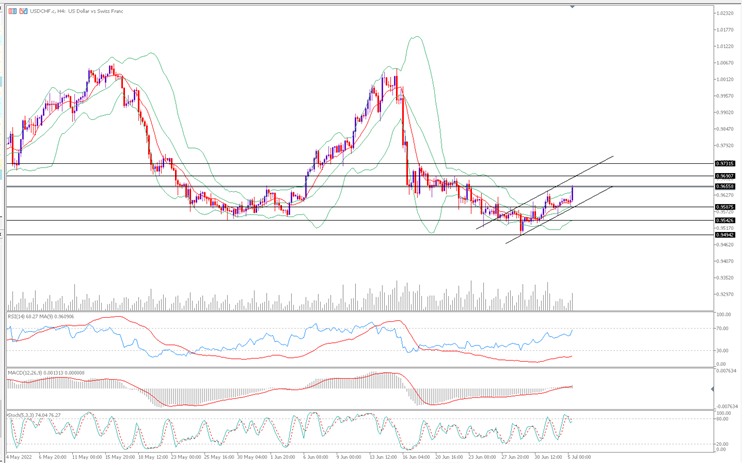